The images below are original watercolour paintings and red chalk drawings curently for sale.
Many of the paintings show Russell Flint's journey through France, the model is often Cecilia Green.
On display in the studio, 500+ signed, limited edition prints and paintings
Please click on the title or image for Large pictures and Details. 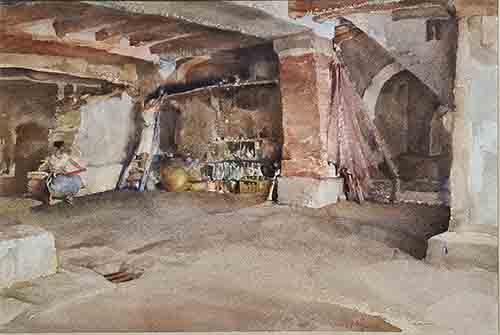 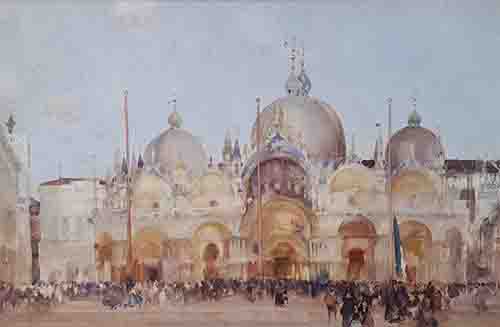 From a window in Venice

Vanity in the old Guard Room 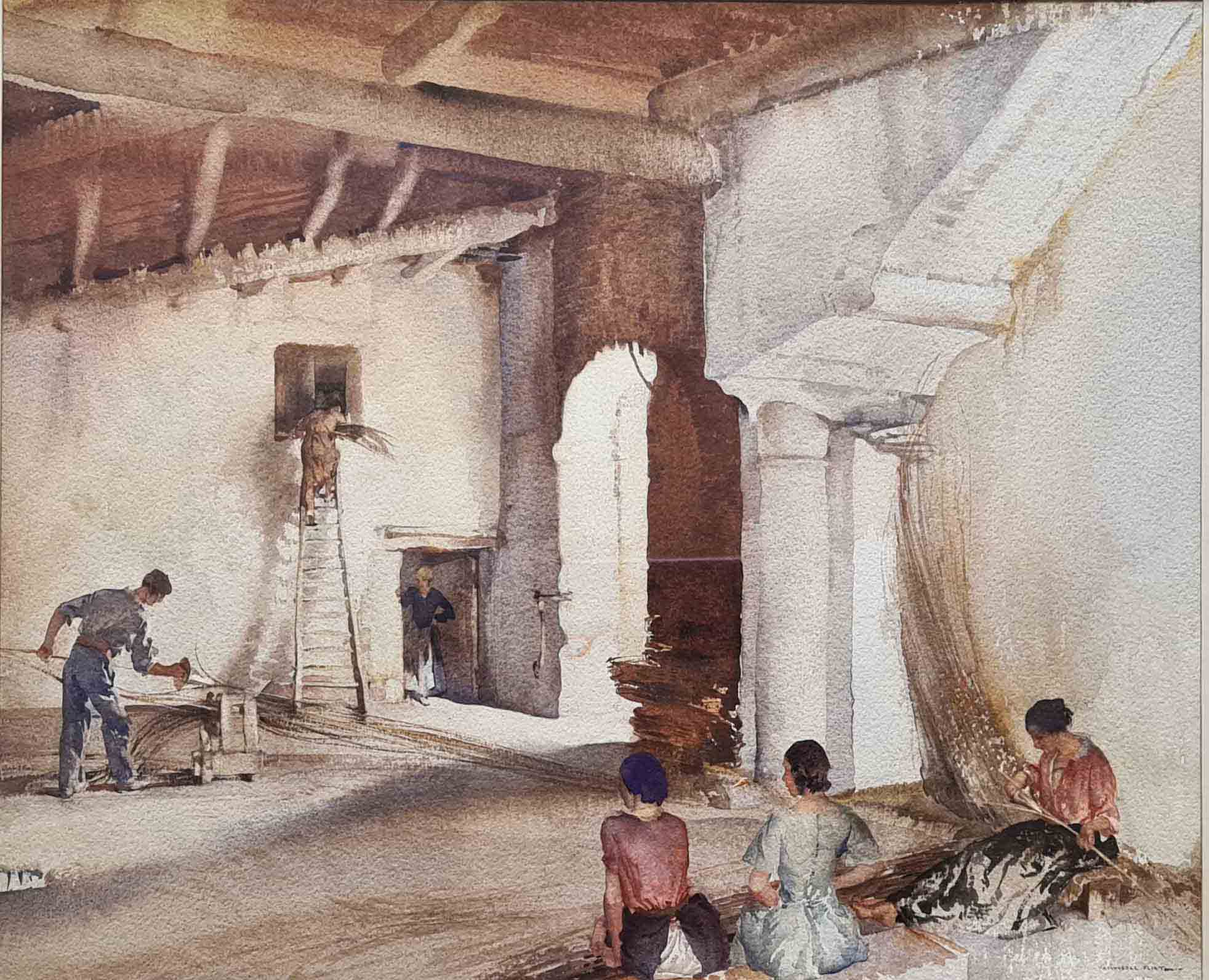 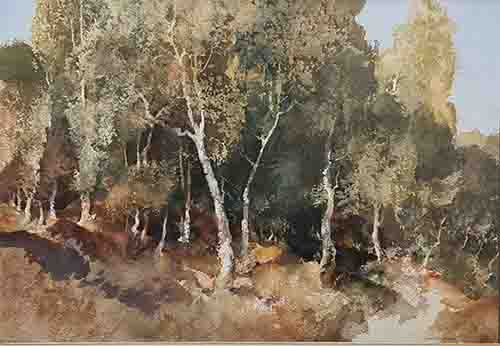 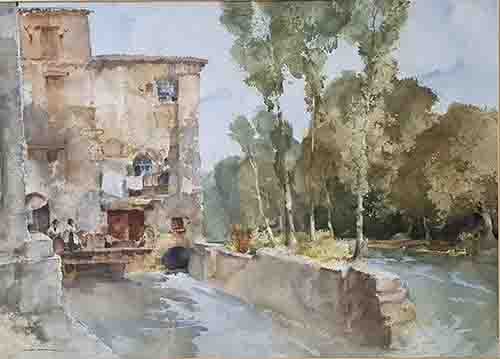 Washer Women by the Drôme
Watercolour

Portrait of a lady
Original drawings

The Plaque outside Flint's studio 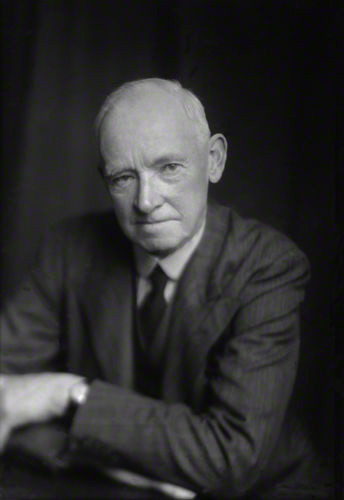 The above images are a collection of original artwork for sale by the late Sir William Russell Flint
His main painting medium was watercolour; There are also several original red chalk drawings, and pencil sketches.

Having attended the Royal college of art in Edinburgh, he trained as a draughtsman for six years at an Edinburgh printers.
This undoubtedly provided him with the skills and self discipline to create very exacting work.
He was an official war artist, which again... before the age of cameras, was an extremely important job to recreate the exact scene,
be it on a battlefield, or most importantly to accurately illustrate wounds and diseases

In the early 1900's Russell Flint became an artist for the 'Illustrated London News'.
This led to his international recognition, as the magazine was distributed throughout the world in the British Commonwealth. President of the Royal Society of Painters in Watercolour in 1936.
His studio was, Peel Cottage in London.

William Russell Flint received a knighthood in 1947.
His work was given supreme prominence by a retrospective exhibition in the Diploma Gallery of the Royal Academy 1962.


His paintings were collected not only by private individuals, worldwide, but many of his watercolours are now hanging in museums throughout the world.
The evolving passion in his work led him to the French countryside, where he enjoyed painting and travelling across many rural landscapes
and produced a fine selection of paintings, many of which were published as signed limited edition prints.

Portrait of Consuelita Carmona
The river Dronne at Brantome
Paintings sold from various sources
Cecilia reading poems
La Dronne
The Well in Saint Jean de Cole
If you wish to visit the beautiful countryside and villages in the south west of France where Sir William Russell Flint spent much of his time painting,
a beautiful holiday house in Dordogne is to let throughout the year.