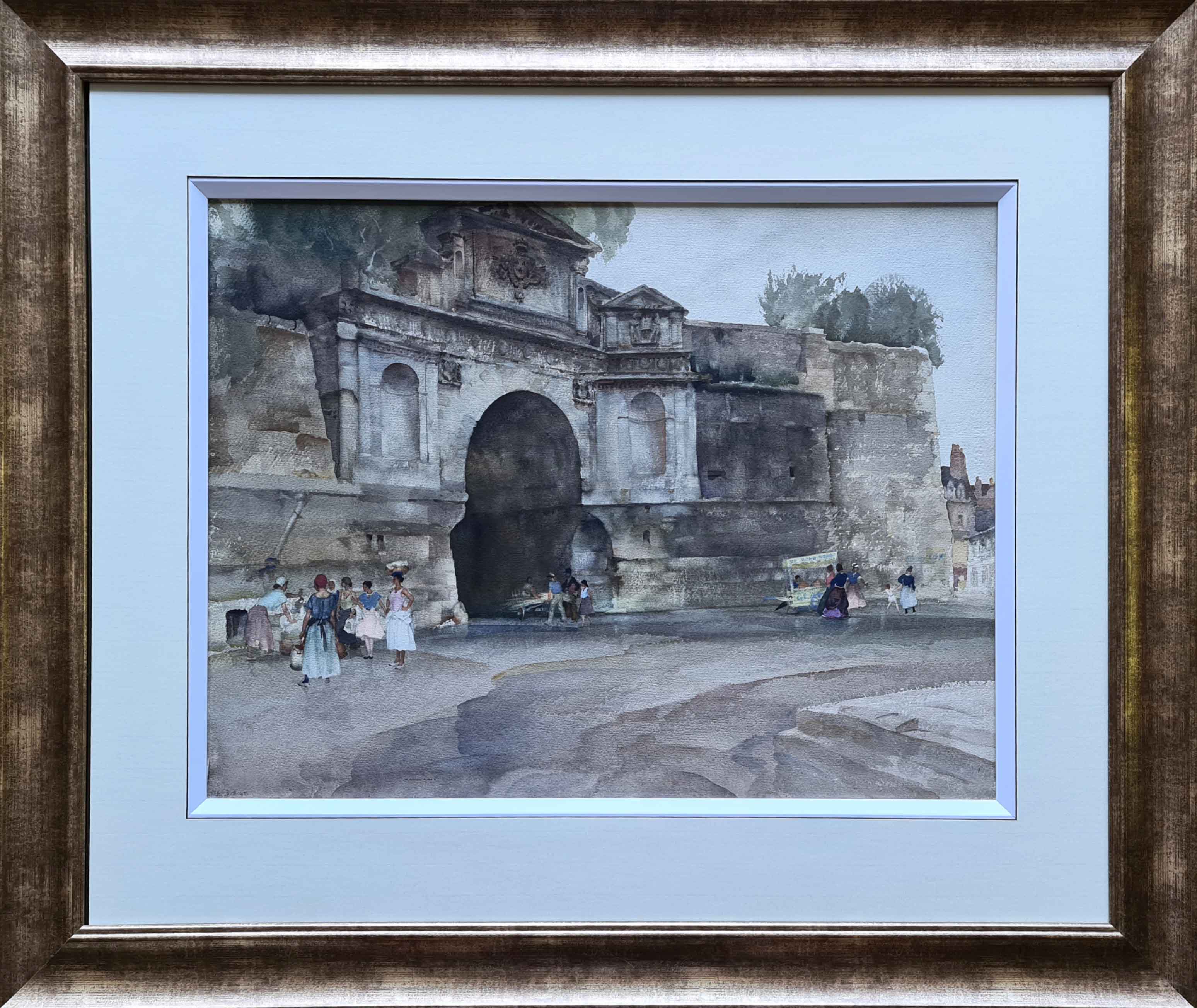 The Porte-Chapelle was first called Porte de Choisy or Porte Saint-Nicolas, from a neighboring chapel,
then the Constable; the Constable Anne de Montmorency having been Lord of Compiègne, from 1526 to 1567, when it was fitted out in the current state.
The decoration of the monumental facade, on the town side, attributed to Philibert Delorme, sometimes to Jean Bullant,
was restored in 1876; while towards the suburb the door is flanked by two round towers (12th-13th centuries).
This door forms the entrance to a vaulted passage fifty-six meters long; enemy soldiers were held captive there on several occasions.

England 01 62 3 7 99 30 9 If you wish to visit the beautiful countryside and villages in the south west of France where Flint spent much of his time painting,
a beautiful holiday house in Dordogne view is to let throughout the year. You may be interested to view two of our websites featuring the work of highly regarded wildlife artist, David Shepherd read more
and the signed prints and drawings of Britain's most sought after artworks by L.S. Lowry read more.
d@art.info