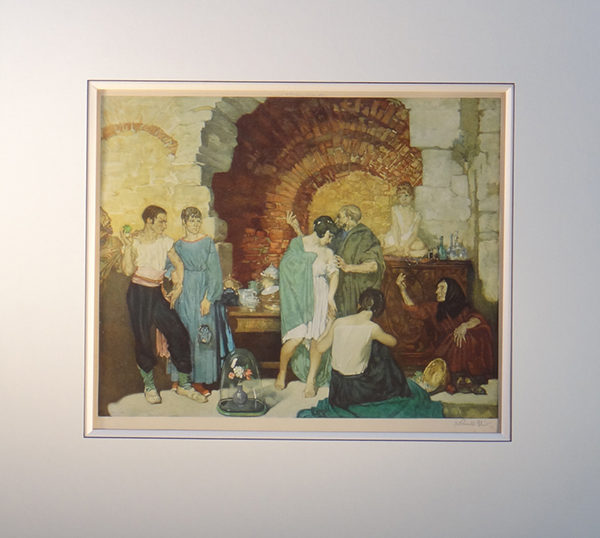 In the 1920s watercolourists did not qualify for election to The Royal Academy.
Russell Flint would always submit oil paintings for the summer exhibition.
In 1927, he submitted a canvas 48" x 60" 'Chattels', also 'Flowers and Laquer'.
It was not greatly admired, and the art-historian of the time P.G Konody was quite critical of the work.

An unusual subject for Russell Flint to paint. It resembles some of the book illustrations he worked on 'La Morte d'Arthur' etc.
One might say that in 1929, Russell Flint had not yet fully developed the style of work that he later became so well known for.
Yet this painting shows his dexterity and his ability to work professionally in different mediums.